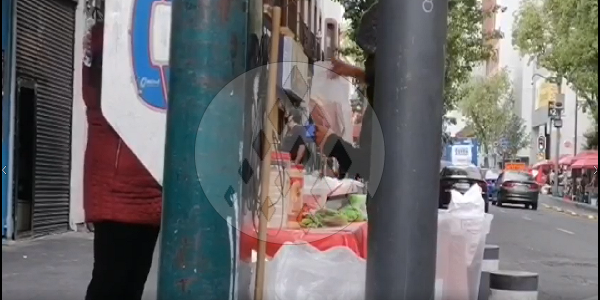 Capital authorities prohibit the sale of food on the streets of the Historic Center on public roads.

As part of the measures to prevent more infections of covid 19 in the different streets of the downtown area of ​​the city where the virus spreads the most, the coordinator of the Historic Center Authority, Dunia Ludlow, announced that any sale will be prohibited of food in that area.

And it is that, in addition, this August 26, when 157 priority colonies, neighborhoods and towns of CDMX entered the program for the spread of said disease, this decision was made.

In the Historic Center it will apply in the streets of the Centro I, Centro IV and Centro VIII sectors such as: Venustiano Carranza, Republic of El Salvador, Del Carmen, in the Chinatown, May 5, Correo Mayor, Apartado, Bolívar, among others .

The coordinator of the area herself asks the police elements that guard these streets and the ordering area, to be aware that this provision is fulfilled.