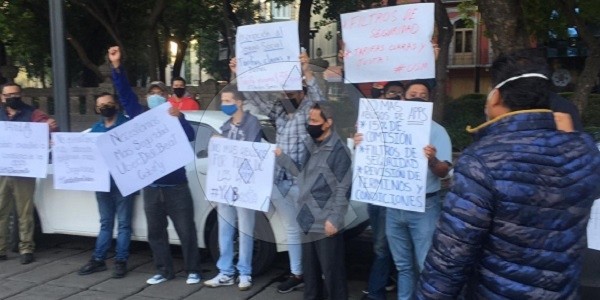 Application drivers met in different parts of the capital to carry out a work stoppage against the tax on foreign applications in addition to their request form, it was also planned that they would go by caravan to the Capital Zócalo, however, they made an appointment with the Government of Mexico City for a dialogue table.

The discontents met in the vicinity of the Angel of Independence in addition to the fact that it was announced that they would also meet in the Peripheral Ring, Central Avenue Carlos Hank González and Ermita Iztapalapa to demand that the government withdraw the excessive tax on foreign applications, asimi such as 15 percent commission, security, Social Security, a minimum fee, among other requests.

Elements of the Secretariat of Citizen Security (SSC) came to the place to make the pertinent cuts once the caravan started, however, they managed to make an appointment for a table for dialogue and negotiations, so the march was suspended.