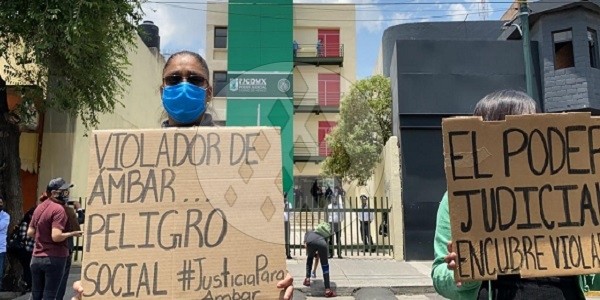 Activists from the Animal Protection Association ‘Mundo Patitas’ carried out a blockade and demanded justice for a dog, which they called Ambar, after the alleged canine aggressor was released after 48 hours of arrest and that the charges against the responsible were dismissed.

About 20 non-conformists met about Doctor Lavista at number 114 in the Colonia Doctores de la Alcaldía Cuauhtémoc, in front of the Superior Court of Justice of Mexico City to demand justice for the dog that was attacked on June 24 sexually by Jonathan Smith, a 37-year-old homeless and immigrant, on the streets of Misterio almost at the intersection with Ricarter at the Gustavo A. Madero mayor’s office, since the orders against Judge Milagros P. were dismissed. and they transferred him from the South Prison to a Temporary Shelter.

It should be noted that the dissatisfactions prevented the vehicular passage until a solution is provided, also and through their official accounts on Facebook and Twitter they invited their communities to share or attend the peaceful demonstration, in addition to the website ‘Change .Org ‘uploaded a petition for justice.