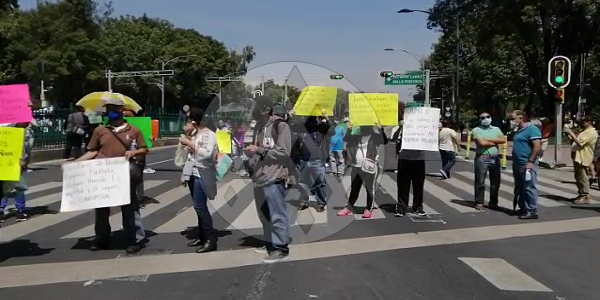 Merchants from the San Juan de Aragón and Chapultepec forests blocked the circulation of Paseo de la Reforma and Circuito Interior to demand that the competent authorities be included in economic support by Covid19, since during the quarantine they did not have the necessary liquidity to bear your expenses.

The reports affected the circulation of Paseo de la Reforma at the level of Liège and the Inland Circuit at the level of the Marina Nacional, so that at both points road cuts were implemented and circulation through village streets was streamlined.
It should be noted that after a few minutes circulation at the aforementioned points was restored.

In addition to the merchants, taxi drivers, street artists, waiters and other sectors severely affected by the pandemic, they have demonstrated throughout the quarantine to ask President Andrés Manuel López Obrador to provide them with the agreed financial support.