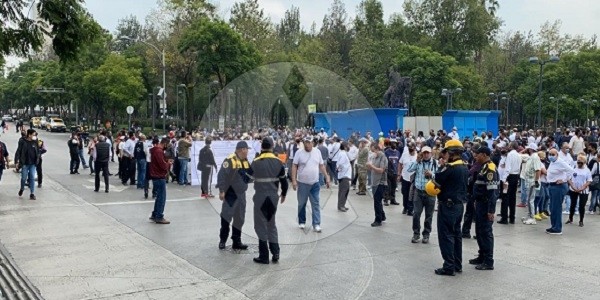 Members of the Mexican Vanguard of Public Security Workers and Extra-workers demanded that the authorities restart the activities of the Preventive Police Fund of Mexico City (CAPREPOL) so that police elements, active and retired, have access to the benefits to which they have access since they have been economically affected by the COVID19 Pandemic.

It should be noted that personnel from the Secretariat of Citizen Security (SSC) implemented traffic cuts and expedited vehicle passage through neighboring streets. Also, after a few moments, the protesters withdrew from the area and the road was restored.