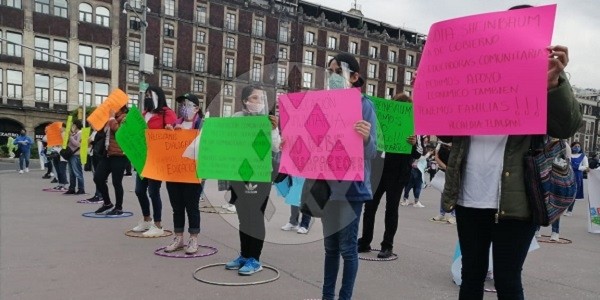 Community educators from different mayors of Mexico City demonstrated in the first square of the capital to demand that the Head of Government Claudia Sheinbaum provide them with financial support to continue their work.

The dissatisfied met at the Capital Zocalo and in front of the Old City Hall demanded support from the government. However, when they did not receive a response, they decided to block the crossing of November 20 and José María Izazaga.

It should be noted that elements from the Ministry of Citizen Security came to the point to withdraw them and reestablish circulation. Likewise, a fight broke out between the uniformed and the protesters. After a few moments they returned to the Capital Zocalo.