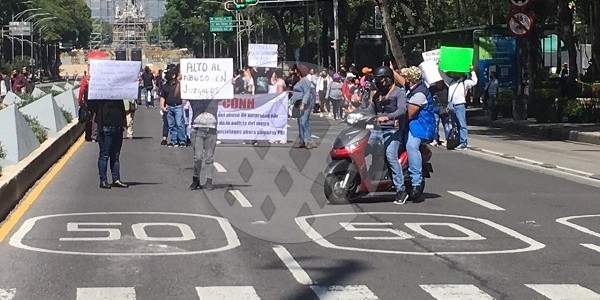 Informal vendors denounced the abuse of authority and excessive police force, as well as the manufacture of crimes by authorities of the Metro Collective Transport System, who in protest carried out a march that started from Paseo de la Reforma at Miguel’s height Genova, colona Juárez, which ended on the outskirts of the Mexico City Human Rights Commission, where they requested to enter into dialogue with government officials.

In its path, these arteries were affected by what members of the Secretary of Citizen Security (SSC) made the pertinent cuts to the circulation.