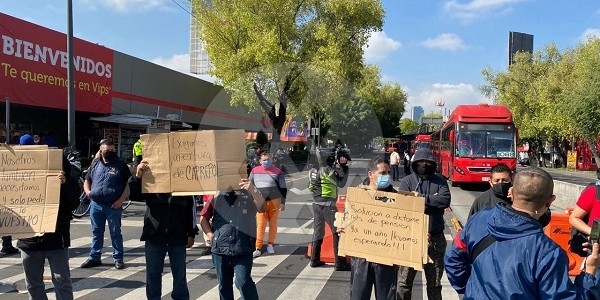 Among retirees and active elements, the officers closed the circulation of this artery for more than two hours, pointing out the lack of economic support.

There are several weeks that these elements of the Secretariat of Citizen Security (SSC) have manifested because the (CAPREPOL), the Police Provider Fund within this Secretariat, has not released their short-term loans and they point out that the resources economic ones no longer reach them so they need to obtain more money.

Once again, a dialogue table was opened between authorities and protesters in the CAPREPOL offices, located in the Guerrero neighborhood, however the vehicular impact lasted several hours causing the annoyance of motorists and users of public transport.